A pleasant dialogue with Alyse MGRDICHIAN: she asked me and I told (a little) about the Phanariots (2021-10-15)

1. You’ve written lots of books and stories. When you write, what sorts of themes do you find yourself going back to in your work?

My themes are varied, but there are some obsessions of mine of which I can’t let go, some ideas to which I return regularly. Among these, the theme of family reoccurs, but not as a “problem”, more likely as a reminiscence of my aspirations for a better society, freed from the antagonism of generations, from the tyrannical connection between parents and children. However, I am equally interested in the mysterious areas of life, in past times – I have a well-known passion for the Romanian 18th century, called the Phanariot Era. I am attracted to recipe books, information about the daily life of the middle class and especially private documents: wills, contracts, letters, shopping lists, etc. I once found an inventory of stolen objects in the National Archives in 1786. Among the more valuable things was listed an umbrella, about which two details were mentioned: that it was new and yellow. I immediately wondered what the thief could have done with such an umbrella. Use it as protection against the sun? Mess around at the fair? Offer it as a gift? Such questions bear stories.

2.   How did you get started as a writer? For how long have you been writing, and have you always written in your native language?

Oh, yes! Unfortunately, I have always written in Romanian, starting with the first years of school. But behind my writing stands tall the Balkan culture. My ancestors roamed many places. Some are Turks – on my mother’s side. Others are Aromanians from Montenegro – on the side of my paternal grandfather. Many are Romanians, from the Danube Valley. These cultural heritages have influenced the language in which I write.

My youth was spent during the communist period, so I got published with difficulty. In the late '80s I had written a novel and I was trying to publish it. I tried to reach out to absolutely all the publishing houses that existed in Romania at the time and I could not physically enter any building: there were people guarding them, and at the gate they would ask for special papers to let me in. It was only after the fall of communism that I was able to publish it. Such experiences influence the language of a novel.

3. Of all the books and stories that you’ve written, are there any that you’re more fond of than the others? If so, which ones, and why?

There are indeed moments when I feel more connected to one novel or another. But usually, the most recent thing I’ve written is also the most beloved. Occult Beds is my newest novel, which is a story about a forest of carobs, a virus and love.

4. Your work has been translated into many languages, including Italian, Hungarian, German, Spanish, Serbian, Macedonian, and more. When your words are translated, do you ever worry that your themes or intent might be altered because of language differences?

I prefer not to think about it before the event. Translation is like a gamble: you cross your fingers and hope for the best. Only after the reviews are published are you able to determine if the text was well translated. However, it’s obvious that I only have a vague grasp of the form the story took in that language. Some things I find out from the readers. Once, on a street in Turin, someone called after me using the name of a character of mine: Zogru! Another time, in Leipzig, the entire hall was laughing uproariously while listening to the reading of a translation… Some readers write to me. But most things I learn from the translators.

5.   While the majority of the interviewees for this article are translators, you offer a unique perspective because you are an author, and so are on the receiving end of the translators’ work. With your experience, what would you say are the pros of having your work translated?

First of all, I’d like to say that I was lucky enough to find great translators, most of them writers. Talking to them about various fragments or phrases meant a lot to me. James Ch. Brown is a professor at the University of Bucharest, and a colleague of mine. But he was born in Scotland. I learned a lot from him. He is obviously a very talented translator. At one point in a novel of mine (The Book of Perilous Dishes) there’s a dirty song. I only realized how well he had translated it at a reading in Beijing, where, after being read in English, the hall burst into laughter. But I also took him by surprise myself: a character in this novel arrives on the Isle of Staffa. “Oh”, said James, “when did you visit Staffa?” “I never did”, I replied, “but I do hope to see this mysterious island one day!” Working with a translator is a valuable experience for any writer. But as with everything else, there are also impediments.

6. Related to the previous question, would you say that there are any cons or negative aspects of having your work translated?

In a few cases the translator summarized fragments or translated word for word… but these cases are rare.

7. I see on Neem Tree Press’s website that a novel of yours is receiving an English translation. Which book of yours is being translated? Also, could you tell me a little bit about what that process has been like for you?

It’s the novel I mentioned earlier – The Book of Perilous Dishes (in Romanian: Mâța Vinerii). It was quite difficult to start publishing in the English-speaking world. At first, I only managed to publish short stories in magazines and anthologies. That was followed by a novel on Amazon (Lizoanca), translated by two young Londoners. And finally, I managed to convince a literary agent from Artellus to represent me. Darryl found me a publishing house, which delighted me to no end. The editor is very good and very dedicated, so I expect her to try and promote my novel extensively. The Book of Perilous Dishes has also been translated into German, Spanish, Chinese and Hungarian. In Hungary it received an award from the Hungarian Writers' Union. It’s a story that takes place at the end of the 18th century, and it revolves around a 15-year-old girl and her occult powers. As the title foreshadows, the novel also brings into question an old culinary book.

8. Related to the previous question, is this the first book of yours that has been translated into English? If so, has this process looked any different for you than your previous translation experiences?

It’s the first book translated into English by a publishing house with distribution, and the novelty, compared to other countries, is that I also have a literary agent, which makes me feel much more confident. Moreover, the publisher is very creative and interested in promoting originality and aesthetic discourse. I won’t reveal more than that :) 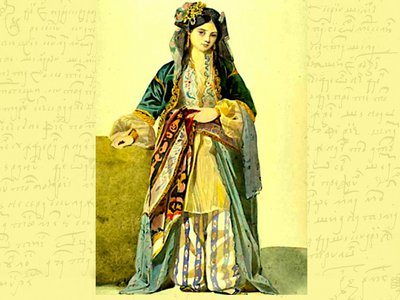 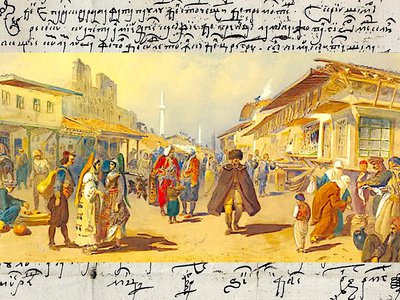